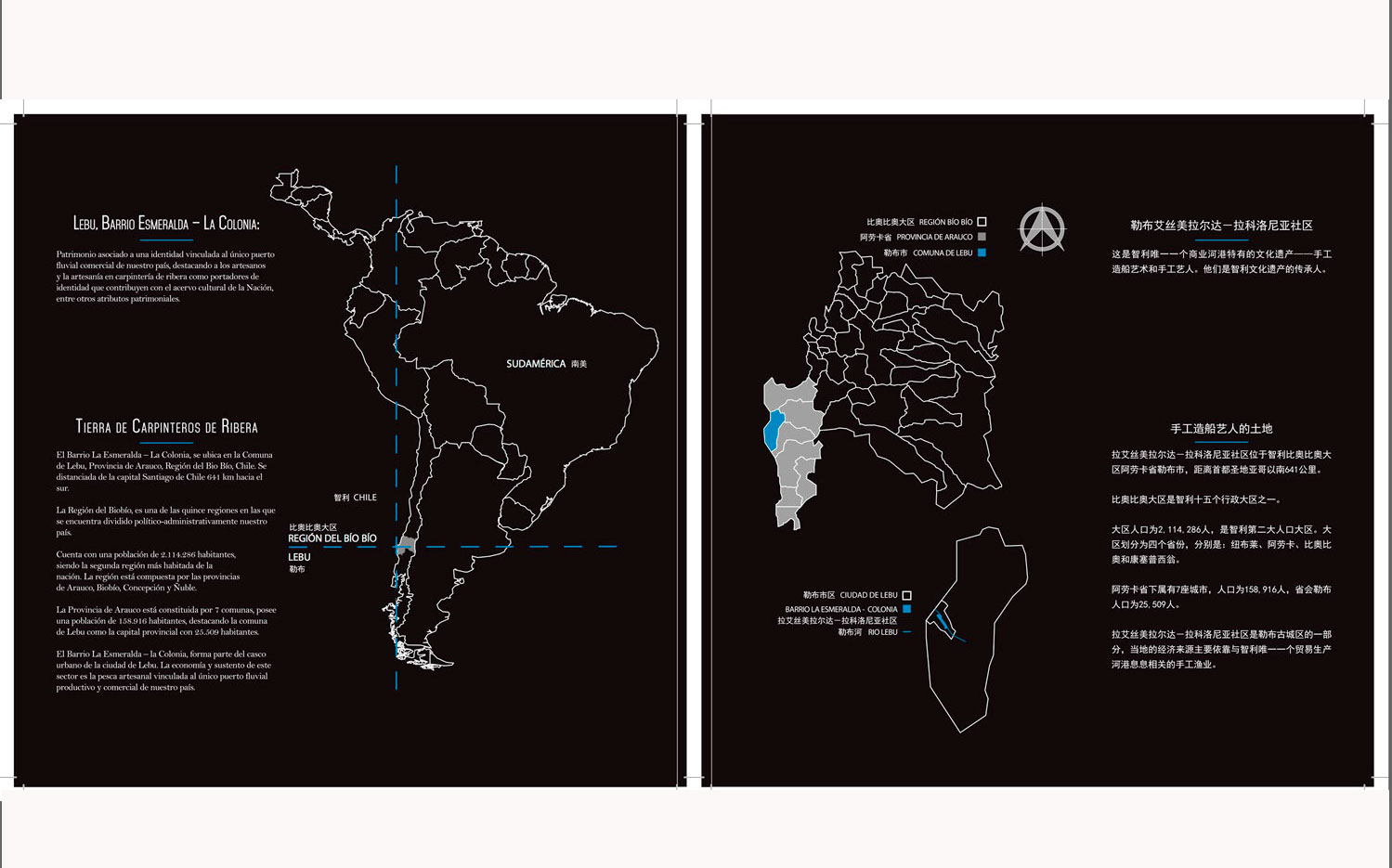 This project is part of Factoria’s consultancy directed by Susana Herrera for the program of the Government of Chile of the Ministry of Housing and Urban Development, in its “Quiero mi Barrio”s program whose purpose was to value the intangible heritage of the town of Quinchamalí, Lebu and Tomé. The objective is the improvement and revitalization of public spaces, urban environments of families, and the social network of neighborhoods with urban deterioration problems, recovering trust and promoting the participation of residents in the process of improving their current environment.

The project included the creation of packaging, improvements in production systems, registration of black clay production processes, stories of the artisans of their own history, photographic production, staging, design of boxes of different types, design of souvenir proposal and finally the exhibition in China of them and then in Chile.

The project promotes an interscalar vision, integral and multidimensional, participatory, and sustainable, that involves areas of neighborhood life, developed from three transversal axes, that contribute to trigger sustainable and sustainable processes, around Heritage and Identity, the environment, and safety. The Biobío region, prioritized the patrimonial axis.

The central bet of the intervention of Quinchamalí is in the conservation and preservation of its patrimony, generating complementary actions of local development that prunes to its putting in value, enhancing its territorial vocation agro-pottery.

The handicraft of black clay, is an identity element of the place, which defines and characterizes it as a unique and particular territory, like its craftsmen, whose microeconomy depends on its craftsmanship and art.

In the same logic the Barrio La Esmeralda – La Colonia, has characteristics of vulnerable neighborhood, also has attributes that give the connotation of a neighborhood of regional interest, with heritage seal. Its local economic development is marked by the landscape attributes, its ways of living and the associated productive activities. The port, the boats and the related productive activities are decisive in the identity and life of the neighborhood.

Quinchamalí’s patrimony is associated with the agro-pottery identity, and black clay pottery in particular stands out as its most characteristic representative. Black clay handicrafts make part of our country’s cultural heritage. They have been recognized by Unesco as Living Human Treasure (2014), promoted by the Culture and Arts Council, and labeled with the artisan product stamp “denominación de origen”.

Our community’s unstinting generosity and combined effort, crystalized in this sample, are deeply rooted in our land, is part of our fields, it travels in the winds that blow across our territory, it’s the spirit that 100 years ago gave the world the songwriter that has most fairly, bigheartedly and democratically recreated Chile’s folk music, our Violeta Parra, who we honor today though these crafts, made of the dreams and desires of the hands that design on black clay to tell their story…

Almost half a century after her death, Violeta Parra is an important compiler and her work as a folklorist as well as singer, painter and embroiderer left her as a cultural legacy.

Among the works that are identified with Violeta Parra, from the perception of the people and especially in the town of Quinchamalí, is the guitarist, which symbolizes a peasant singer.